Halloween, a topic that is hard to write about, but here it is.

Where does it come from? What is it originally for? Why is Halloween celebrated so differently across cultures? and Why are Christians all over the board when it comes to celebrating it?

I am not here to pick a side and answer the question “Should Christians celebrate Halloween?” Rather look at its history, its current application, and why it is so hard to answer the should or shouldn’t question.

The History of Halloween (in a nutshell) 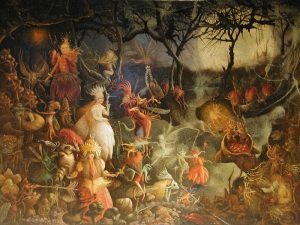 We can trace Halloween as a tradition that started over 2000 years ago with the Celts; they celebrated a festival called Samhain. It marked the end of harvest and the beginning of winter. The festival days varied between October 28 and November 7th; however, as time passed, it was celebrated on October 31st.

They believed that the world between the living and the dead blurred and spirits called Aos Si  would wander around the land of the living and cause harm.  Priests partook in ceremonies to try to predict the future, and people would dress up to hide from the Aos Si. They would also light ceremonial fires, which over time would translate to the jack-o-lantern.

Around the 17th century (although some track this tradition as early as the 16th century), the celebrants of Samhain started “guising”. Meaning that they would go door-to-door, and ask for cakes, apples, and food. Some would recite verses or songs—sound familiar?

In 609 AD, Pope Boniface IV established All Saints Day on November 1st; historians disagree on whether or not it was to counter the festival of Samhain. By 1000 AD, the church had established the Triduum (a religious observance lasting three days) of Allhallowtide or Hallowtide.  Allhallowtide is from October 31st to November 2nd and it consists of All-Saints Eve (also known as Halloween-that is where it comes from), All Saints Day, and All Souls Day. 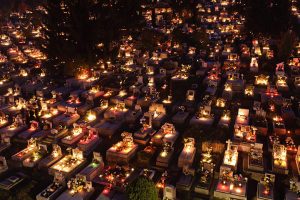 During the Allhallowtide, vigils were held during All Saint’s Eve to honor the saints, the martyrs, and fellow Christians that had passed away. The tradition was not limited to the Catholic Church; several Protestants churches adopted the tradition. Some of these (including the Lutheran and Anglican Church) celebrate All Saints day in white as a symbol of Jesus’s victory and life.

As Christianity expanded, this tradition expanded across the world; in fact, that is how my family celebrates Halloween in Mexico.

Halloween comes to the USA:

You can thank the potato famine for bringing Halloween. While some areas celebrated their own versions of Halloween, it wasn’t until a large number of Irish immigrants came that the observance of Halloween became more prominent.

Halloween changed slowly throughout the late 1800’s to the early 1900’s; it was truly a melting pot. It was not only a celebration of the Gaelic and the Church traditions; but other cultures and tradition were added into the mix- including Native American.

It wasn’t until the mid and late 1900’s that it started to take a darker turn. While the “bad” parts of Halloween can be stemmed from the Gaelic-roots (evil spirits roam the earth); the main reason is that retailers saw that they could make a lot of money selling costumes. Soon enough, these costumes started to get really scary; Hollywood started to see the profit in making scary movies about demons, ghosts, gore, and monsters. Halloween became a $6 billion business; therefore, greed took demons, monsters, and ghosts from something that should be avoided to something that could be explored.

While most of the world still celebrates the church version of Halloween; Hollywood and retailers are started to infiltrate their traditions.

The Current Celebration of Halloween (The bad and the good):

We cannot hide from the fact that Halloween has a darker side. It is a Holiday celebrated by many Wicca (a religion of witches) and is also celebrated by some Satanic Cults. 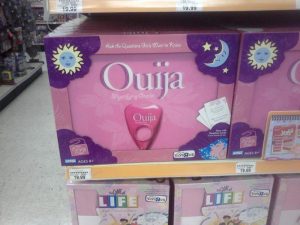 As I mentioned before, greed has propelled Halloween’s obscure side. Scary movies have brought light into things that, as Christians, we should not partake on. In fact, thanks to the film “Ouija” that came out in October 2014; the Ouija board was a “hot item” and sales increased by 300%. I remember when I was 15, I was invited to “talk to ghosts” by using an Ouija board during Halloween; luckily, my family had taught me better, so I politely declined.

As Christians, I believe that it is important that we aware of the bad and to be careful.

In many cultures, Halloween is a day to celebrate and honor the Saints and those who have died. All Saints Day is not just celebrated by the Catholic Church, but by other Christian Churches. It is a day that some Christians celebrate Jesus conquering death and Satan.

Another fun fact is that October 31st is Reformation Day; the day Martin Luther nailed his Ninety-five Theses to the All Saint Church. Some say that he did this on purpose to get the attention of the people. 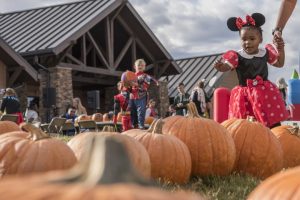 Finally, after talking with different Christians; I learned that their families focus on the fun part of Halloween– pumpkin carving, corn mazes, getting candy, etc. Some find creative ways to celebrate with their pets.  Therefore, they are making their own traditions and influencing the culture of Halloween by taking away the bad and shedding light onto the good.

So.. Why is it so hard to answer the Question?

The question is “Should Christians celebrate Halloween?”  Again, I am not going to answer it; however, I will try to dabble into why it is such a hard question.

Halloween has such an old history; it is something that many of our ancestors celebrated, so it is deeply embedded in our culture. Despite this, Halloween is so many things: its Gaelic Roots are very different from its Church-roots; the bad parts of Halloween are so different from the good parts. Like a friend said “I personally see a bit of a jump between getting free candy and worshiping Satan”

Trying to figure out the reason; I spoke to a friend who is a Pastor. He said that it is a hard question because it depends on our awareness, our consciousness, and our relationship with God. What does Halloween mean to us? and Does it take us away from God?

Paul gets asked if eating meat that was sacrificed to Pagan gods was bad. Paul didn’t say yes or no; his answer was “it depends.”

In one hand, God gave you the freedom to eat whatever you want, and if the pagan gods don’t exist then it doesn’t matter. The meat is sacrificed to “nothing” so it is not tainted

In another hand, if eating the meat is causing you to sin or it causes you to mislead New Christians, then don’t eat it. He said it is better to skip a meal than sin or lead others to sin.

I think this Scripture is a good allegory for Halloween; however, I believe celebrating Halloween is very personal, and I don’t want to influence anyone so this is as deep as I will go.

Whichever way you feel about Halloween; let us not be divisive about it; but instead, have meaningful conversations.  It is okay for Christians to disagree; however, we should disagree in a respectful and loving way.

PS: In my quest for understanding Halloween, I have found four resources that answer the question “Should Christians Celebrate Halloween?”. They give different answers (two are yay and two are nay) and different reasons why. Note that these are only four opinions and there are many out there.