I recently saw the 2017 movie Wonder Woman, it has become one of my favorite movies. I am not going to lie: I am a big nerd, and I can tell you almost any story line to the DC Heroes. Wonder Woman was not among my favorites, but after the movie she became number one.  I have been thinking a lot about the character and becoming a little jealous; not just because of her awesome powers (ok, I am a little jealous of her powers) but because of her strength of character.

In the movie, Wonder Woman (also known as Diana) comes from an all-woman island. She is well educated, taught hundreds of languages and taught how to fight. She is mentally, intellectually and physically strong.  When she leaves her island, she is exposed to the evils of humanity and the violence of war.  However, despite all of the violence, betrayals, and great tragedies she faces, she continues to take the fight straight on, without sacrificing her values—even when the “evil villain” tries to corrupt her mind, Diana prevails. 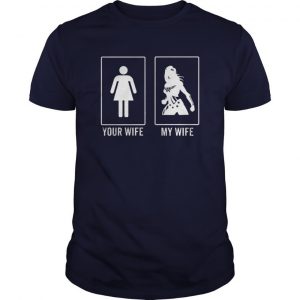 Shortly after watching the movie two things happened:  I saw a fellow church member wear the following shirt and I re-read Proverbs 31 (this time I paid more attention to the what God was trying to convey).

I invite you all of you to embark on a journey through Proverbs 31: 10-31; a journey to explore what God tells us for which to aim. WHY? Because she is worth far more than rubies.

“A wife of noble character who can find? She is worth far more than rubies” Proverbs 31:10 NIV

I found that when you look at that verse in different Bible versions, the word “noble” tends to be different. I found that it gets replaced by the following descriptions

The Bible is full of Proverbs 31 women; one of my favorites is Ruth.  Ruth’s husband died while (I assume) she was still young; she had the chance to go back to her own family, but decided to stay with her mother-in-law. She would have most likely lived a more comfortable life back home and gotten re-married. Instead, she chose a life of hardship (and women had it harder back then), trying to support her mother-in-law and herself.  She went out in the fields to pick up the leftover grain— 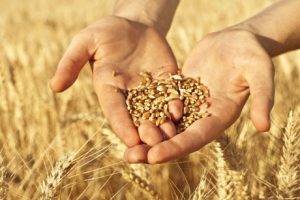 LEFTOVER grain, do you know how small grains are?  Talk about back-breaking labor!

She was Wonder Woman: mentally,  intellectually and physically strong.    I could go on and on about Ruth, the point is Ruth was a Proverbs 31 woman (yes, Proverbs 31 applies even if you are not married).  In fact, people described her the same way.

“..All the people of my town know that you are a woman of noble character” Ruth 3:11

So, my sisters, I invite you to take a journey with me to become virtuous, excellent, and capable, worthy, diligent, valiant, and of strong character.  It is not easy, and when you read Proverbs 31, you will think it is downright impossible. However, God wouldn’t tell us to aim for something that is impossible.   I also invite all the single ladies to join us, the wisdom of Proverbs 31 is useful no matter what your marital status.

See you in the journey!

P.S1. I will still probably buy my husband the same shirt that my fellow church friend was wearing.

P.S2 If I have a daughter I will probably name her Diana  (told you I was a nerd).